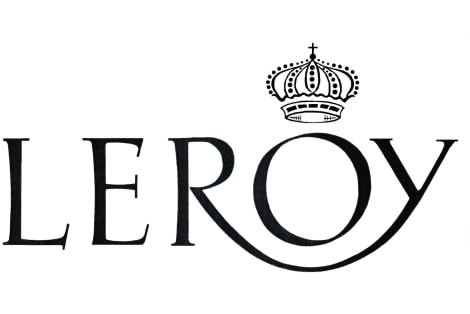 Domain Leroy is arguably producing the greatest red Burgundy wines on the Cote d`Or at present. Lalou Bize-Leroy started out as a négociant, working for her family's Maison Leroy, which was founded by her father, Henri. There are three entities to the Leroy empire: the Maison Leroy based in Auxey-Duresses; the Domaine d’Auvenay named for Lalou Bize-Leroy’s own home near St-Romain, and the substantial Domaine Leroy in Vosne-Romanée.

Lalou Bize-Leroy also owns a quarter of Domaine de la Romanée-Conti, where she was co-director until the other shareholders ousted her in 1992, partly because she had started a competing winery. In 1988 Lalou Bize-Leroy purchased the Domaine Charles Nöellat in Vosne Romanée and renamed it Domaine Leroy, which included the buildings and cellars which are now the domaine’s headquarters, and a wonderful array of vineyards including Richebourg, Romanée St Vivant, Clos de Vougeot, premiers crus Vignerondes and Boudots in Nuits and Beaumonts and Brulées in Vosne. The following year further vineyards were purchased from Domaine Philippe Remy, including Clos de la Roche, Latricières-Chambertin and Le Chambertin, while further holdings have been added since.

The domaine has been farmed biodynamically from the start and is now certified by ECOCERT. It was not always easy and the 1993 vintage was certainly a catastrophe with rampant mildew – but they had nobody but themselves to blame, for being behind in their treatments, according to Madame.

Domaine Leroy was among the first to start using horses to plough the vines, but managing the artisans who own and operate the horses proved insurmountable. At one point five different operators were being employed and they still could not be guaranteed to be there at the necessary moment. Now Leroy use little Caval tractors which weigh less than a horse.

Lalou Bize-Leroy has 23 hectares of vines, mostly Premier and Grand Cru classified. In the vineyard Lalou practises biodynamism as well as severe pruning and crop-thinning. The result is ridiculously low yields.

Domaine Leroy is blessed with a heritage of ancient vines, in part because Lalou Bize-Leroy never grubs up and replants. Instead she replaces individual missing vines, from her own cuttings, but never too many at once in a given vineyard. The average yield across appellations and vintages at Domaine Leroy is around 16 hl/ha, according to Lalou.

In the cellar there is no winemaker (vinificateur) nor oenologist, André Porcheret not having been replaced when he left after the 1993 harvest. The grapes are of such quality that they do not need a winemaker! After rigorous deselection on the sorting tables, which employ as many people as there are pickers, the grapes are placed, stemmed and all, in wooden fermenting vats. After fermentation the wines are matured in new barrels from Cadus and François Frères. 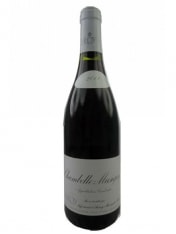