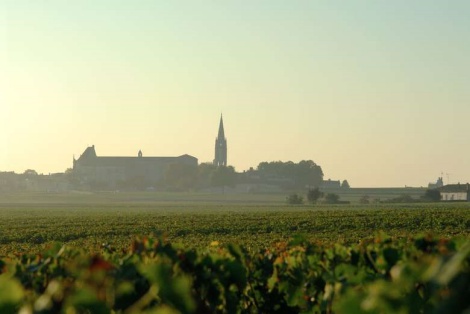 In 1955 the wines of Saint-Émilion in the wine-growing region of Bordeaux were classified. Unlike the Bordeaux Wine Official Classification of 1855 covering wines from the Medoc and Graves regions, the Saint-Émilion list is updated every 10 years or so. Following the initial classification, the list was updated in 1969, 1986, 1996 and most recently in 2006. However the 2006 classification was declared invalid following a series of legal actions, and the 1996 version of the classification has been reinstated for the vintages from 2006 to 2009.

The region's Syndicat Viticole started planning for a classification of St.-Émilion wine in 1930, but it was not until October 7, 1954 that the principles behind the classification became official when the INAO agreed to take responsibility for handling the classification. The first list of classified St.-Émilion estates was published on June 16, 1955, and was amended on August 7 and October 18, 1958. The original list contained 12 Premier grands crus classés and 63 Grands crus classés.

The fifth classification of St.-Émilion wine, announced in September 2006 and comprising 15 Premiers grands crus classés and 46 Grands crus classés, was challenged by four dissatisfied producers that had been demoted - La Tour du Pin Figeac, Cadet Bon, Guadet and Château de la Marzelle - and has resulted in several confusing legal turns during 2007 and 2008 that currently mean that the 2006 classification is invalid and the 1996 classification is applied instead. The legal dispute has centered on the fact that several members of the panel involved in assessing the wines had vested interests (e.g. as négociants with business dealings with some of the châteaux), and thus could be suspected of not being impartial.

Immediately after the ruling, it was estimated that a further appeals process aiming at reinstating the classification could take about two years, and would have an uncertain result. This led the French regulatory body for wine, INAO, to request the French Government to use emergency powers to reinstate St.-Émilion classification, which it did on July 11, 2008. This decision extended the validity of the 1996 classification to the vintages 2006 to 2009. Thus, the complaining demoted châteaux are able to keep their classification, but those who were newly promoted are not. Presumably, this measure will allow INAO to arrange for a less contested classification to be finalised by around 2010.

The reaction among the estates who had their promotions retracted, such as Grand Corbin-Despagne, Monbousquet, Pavie-Macquin and Troplong Mondot, was one of despair, who beyond facing financial consequences stated the decision was unjust, and damaging to the image and community of St.-Émilion. Xavier Pariente of Troplong-Mondot said, "That's almost 20 years of hard work and investment by all the personnel here wiped out at the stroke of a pen. It frightens me and it revolts me”.

In December 2008, the French senate had allowed the 8 demoted estates to regain their previous status, with Pavie-Macquin and Troplong Mondot returning to Premiers grands crus classés, while Bellefond-Belcier, Destieux, Fleur-Cardinale, Grand Corbin, Grand Corbin-Despagne, and Monbousquet again to become classified as Grands crus classés, as a result of several months of lobbying. However, in January 2009 this proposal was thrown out by the French government constitutional council.

In March 2009, it was stated that the French Court of Appeal had made a final ruling, that the 2006 Saint-Émilion classification will not stand, although the ultimate outcome was the opposite. A law passed on May 13, 2009 contained a footnote clarifying that the six chateaux promoted to Grand Cru Classe in 2006 would be able to keep their status with immediate effect, and date it back to the date of the classification, therefore the status of the classified estates of 1996, plus the eight chateaux promoted in 2006, is mandated by law until 2011, two years beyond what was previously scheduled.

The 2012 classification was conducted differently than previous efforts, with tastings and inspections outsourced by INAO to independent groups with no involvement by St.-Emilion Wine Syndicate and Bordeaux wine trade, but instead wine professionals from Burgundy, the Rhône Valley, Champagne, the Loire Valley and Provence made up a seven-person commission. There is no longer a fixed number of châteaus which can be classified, and the new rankings elevated Château Pavie and Château Angélus to Premier Classe A. Among new Premiers grands crus were Larcis Ducasse, Canon-la-Gaffelière and garagiste producers Valandraud and La Mondotte, while Château Magdelaine was omitted from the list as it will be merged with Château Bélair-Monange. Château La Tour du Pin Figeac (Moueix) did not apply for the 2012 classification, as it was being merged with Chateau Cheval Blanc.

In January 2013, Château La Tour du Pin Figeac (Giraud-Bélivier), Chateau Croque-Michotte and Château Corbin-Michotte filed complaints with a Bordeaux administrative tribunal, claiming there were procedural errors in the selection process. Chateau La Tour du Pin Figeac, had previously challenged its demotion in the disputed 2006 classification without being reinstated in 2012, while Château Croque-Michotte was refused promotion from Grand cru to Grand cru classé and Château Corbin-Michotte had been demoted from Grand cru classé. 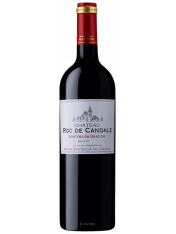