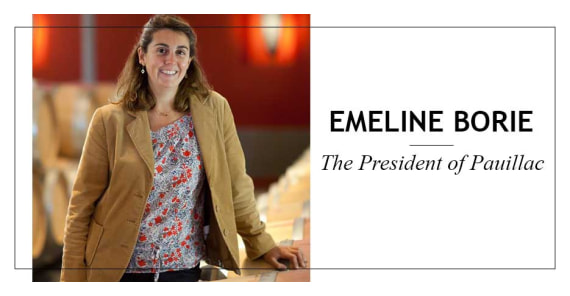 Emeline Borie, the proud owner of Château Grand-Puy-Lacoste, has big shoes to fill as she takes on her newest role as the President of Pauillac.

Emeline Borie has big shoes to fill as she takes on her newest role as the President of Pauillac. Emeline was elected in October of last year, taking over from the larger-than-life Jean Michel Cazes, the owner of Chateau Lynch Bages. Emeline however is no stranger to Pauillac, having been born and raised at Chateau Grand Puy Lacoste, one of the top performing, most consistent and well-priced chateaux in the appellation. Emeline still remains heavily involved in the winemaking and running of Chateau Grand Puy Lacoste, but we caught up with her to discuss the challenges she faces in her new role, managing arguably the most important single appellation in the world, comprising three of Bordeaux’s First Growths (Lafite, Latour & Mouton Rothschild).

Emeline explains her new role has meant a lot more meetings, involving all the chateaux of the Pauillac appellation. From the top growers, such as Latour and Lafite, all the way down to the co-op of Pauillac (which consists of 20 individual growers), they regularly speak together, with the shared goal of protecting the reputation of Pauillac. With some of the biggest egos in Bordeaux getting together in one room you might expect a certain level of friction, but according to Emeline the collaboration works well and commercial interests and strategies of the individual chateaux are left at the door.

According to Emeline, the effects of global warming on the Pauillac appellation are shown in the extremity of recent weather conditions. Hail storms are more damaging than ever before, as are frost episodes. One of her priorities therefore is protecting Pauillac from these climatic changes.

The latest collaboration involving the Pauillac growers originated from an idea put forward by Chateau Lafite who wanted to experiment with a new approach to tackling the issue of hail. Whilst cloud seeding – effectively firing silver pellet particles from canons on the ground into the clouds as storms approach to break down the size of hail stones – has been a method used in the past, its effectiveness has been questioned and the method has caused significant disruption due to noise. Lafite’s latest idea is to use weather balloons which release a special type of salt into the clouds, affecting the humidity within the cloud and turning the hail into harmless rain. In order for this to be effective Lafite will require collaboration from neighbouring Pauillac chateaux.

Emeline saw this as a great opportunity for the Pauillac syndicate to help present the idea to the wider group in order to increase participation. Pontet Canet, Latour and Emeline’s own Grand Puy Lacoste have all taken up the idea and hope more will join them imminently. Of course any such project requires significant investment, particularly in terms of manpower. Each chateau needs to ensure there is someone available to operate the balloons 24/7. Emeline is hopeful the project will work through the collaborative work of the syndicate and will represent a significant achievement.

ENVIRONMENTAL IMPROVEMENTS IN THE PAUILLAC VINEYARDS

Emeline is part of the younger generation of chateau owners who has been fortunate enough to take over the family’s estate. What is most significant for Emeline is that the younger generation is one that is very much more aware of the real environmental concerns in the vineyards. Not just in respect to the soils but the effects of chemical use on the people working and living in the region. Within her new role managing the Syndicat Viticole de Pauillac, she hopes to bring about more collaboration throughout Pauillac, with a concerted effort to reduce chemical use in the vineyards and wineries.

Emeline states that the benefit of being arguably one of the richest appellations in the world is that there is a huge amount of investment from the top chateaux (Lafite, Latour, Mouton Rothschild, Pichon Baron, Pichon Longueville… to name a few) driving improvements and influencing others across the region. Using environmentally-friendly products in the vineyard is at the top of Emeline’s list; she aims to educate all the chateaux of the risks of chemical use to their workers and reputation at a time where environmentalism is on every visitors radar when visiting the region.

Another project the syndicate has collaborated on is improving working standards for vineyard employees, including finding adequate housing for workers during the harvest which has been a problem in the past.

BUSTING THE MYTH OF BORDEAUX BEING OUTDATED AND OUT-OF-TOUCH

As part of a younger generation of Bordeaux Chateau owners, Emeline recently joined a group of other similar and likeminded individuals who call themselves “Bordeaux Oxygene”. The group’s goal is to dispel the reputation of Bordeaux as a place run by stuffy old men that have lost touch with innovation and development in today’s global wine culture. This group is made up of young men and women determined to keep Bordeaux relevant in a fast-changing industry, whilst at the same time upholding and protecting the reputation and standards that make Bordeaux unique.

In order to be a member you must be an owner or shareholder of a Bordeaux property and under 40 years of age. The group has already organised events in Vietnam – informal speed tastings in restaurants, travelling from one place to the next in rickshaws! The concept was designed to create a truly memorable (and fun!) experience when meeting winemakers and chateau owners and tasting the wines. A US and UK tour is planned later in the year, with events being hosted in ways to produce a less formal environment for meeting and communicating with winemakers – watch this space.

The biggest concerns in protecting the reputation of Pauillac lie not just in the quality control of the wines produced, relating directly to planting sensitivity of vines and pruning and yield restrictions, but also protecting against counterfeiting of “Pauillac” labels which has become more prominent in the fine wine market, particularly with an appellation that represents some of the most expensive wine in Bordeaux. Closer to home, the syndicate is currently at a impasse with a chateau within the appellation whose label features Pauillac  too prominently. The syndicate has insisted the label be amended but this is an issue yet to be resolved.

It is still early days for Emeline in her new role but her progressive and collaborative approach as the newly-elected President will no doubt only further improve the reputation of one of the world’s most widely recognised wine regions. 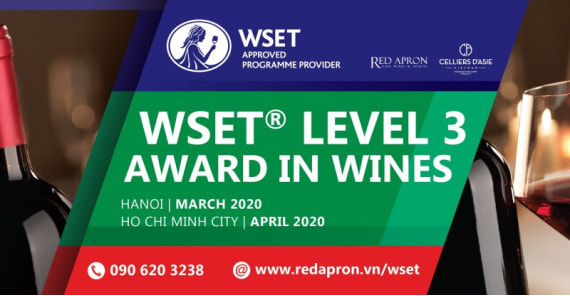 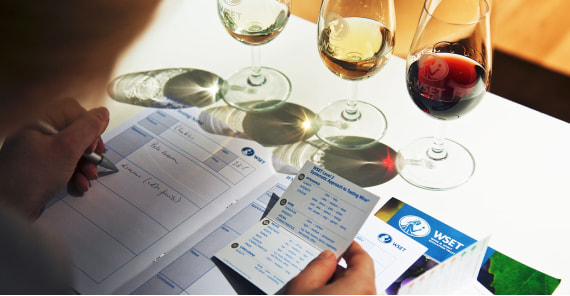 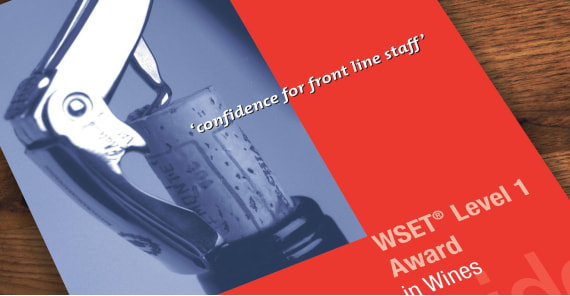